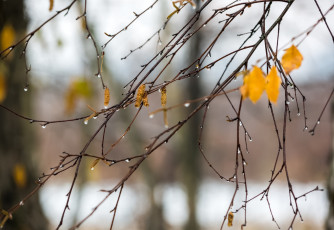 Us, Latvians, have a deep rooted sense of traditions, one of which is Mārtiņdiena – the celebration of welcoming winter, which is celebrated on the 10th of November. Mārtiņi also symbolize the end of the time of Veļi, which is covered in magical beliefs and sayings.

Latvian Mārtiņdiena can be seen as something similar to American Halloween. Mārtiņdiena, same as Halloween, is celebrated by going in ķekatas or budēļi – for that you create your own outfits and masks, same as in Halloween. Budēļi or ķekatas symbolize the dead spirits. You go in budēļi by wearing these outfits, creating music with day to day appliances like jars, bottles and pot covers and you walk around your neighbourhood and visit your neighbours. Because this festivity symbolizes the end of the time of Veļi (dead spirits), you have to burn the outfit you made right after. With that you also burn all of your failures and bad energy.

Mārtiņdiena comes with its own beliefs!

– If Mārtiņdiena is foggy, you will have a warm winter, but if its nice and clear, winter will be really frosty

– If during Mārtiņdiena there is snow on the rooftops, the winter will be really long

– If during Mārtiņdiena there is frost on the trees, next year there will be a lot of fruit

– You have to do riddles during Mārtiņdiena, because then next year linens will grown especially tall

Riddles to do during Mārtiņdiena

What is a blue coat that covers the whole world? (Night)

What is a steel piggy that has a linen tail?  (Needle and a thread)

What has legs but doesn’t have feet? (Pants)

Shows things to others, but doesn’t see anything itself.  (Glasses)

Doesn’t bark, doesn’t bite, but it guards the house. (Key)

Four brothers under one roof. (Table)

A men sits on the roof and smokes. (Chimney)

Goes back and forward, but never actually goes anywhere. (Doors)

It’s bones are criss-cross and it’s body shines through. (Window)

An exercise: Draw your belief or riddle of Mārtiņdiena! When everyone has created their drawing, guess, what other kids have drawn.